In 1992 the Hard Rock Cafe’s headquarter decided celebrating unique events worldwide. The 1950’s rockabilly legend Carl Perkins performed in London June 15th, 1992. In the band line-up of Mr. “Blue Suede Shoes” was the former Beatle George Harrison (on guitar). Two days after the show MTV reported about this evening, which was posted on YouTube in 2012. On the same (Thursday) evening as this TV report was on air Carl Perkins performed for the Hard Rock Cafe in Berlin, Germany.

June 18th, 1992 Carl Perkins played in Berlin with the local German rockabilly band of Johannes-Sebastian („Hannes“) Strauss on guitar, Holly Burnette on bass, Leroy on guitar, Sven Kuester on drums (and a friend of Carl from England on keybord). The band’s harp player Carsten Liedtke as well as the band’s roadie „Long Elvis“ have been present at the venue for the group photo. Two weeks prior to the shows for the Hard Rock Café Carl Perkins had an operation on his larynx. That’s why the doctors recommended not singing for long, but Carl Perkins was drenched in tears by the wonderful young rockabillies and authentic sound that he performed encores for 10 minutes or longer. (Please supply your photos or video to JS Strauss)

It was 14 years later that Hannes Strauss got invited by the Rockabilly Hall of Fame in Jackson, Tennessee performing „Blue Suede Shoes“ (and other songs) both in German and English with his band. The „tribute to Carl Perkins festival“ took place in the Carl Perkins Civic Center in Jackson, TN., August 2006, covered by the print press in Tennessee and Germany.

While being in Tennessee the band recorded at the SUN studio in Memphis, where Elvis (and Carl Perkins) recorded e.g. „Blues Suede Shoes“. The band’s album „The SUN recordings and more…“ got published 2008 by TCY Records in Switzerland. One of the original songs is „Dance Baby Dance„, which was written by Strauss in Louisiana in 1992; months after the show with Perkins. 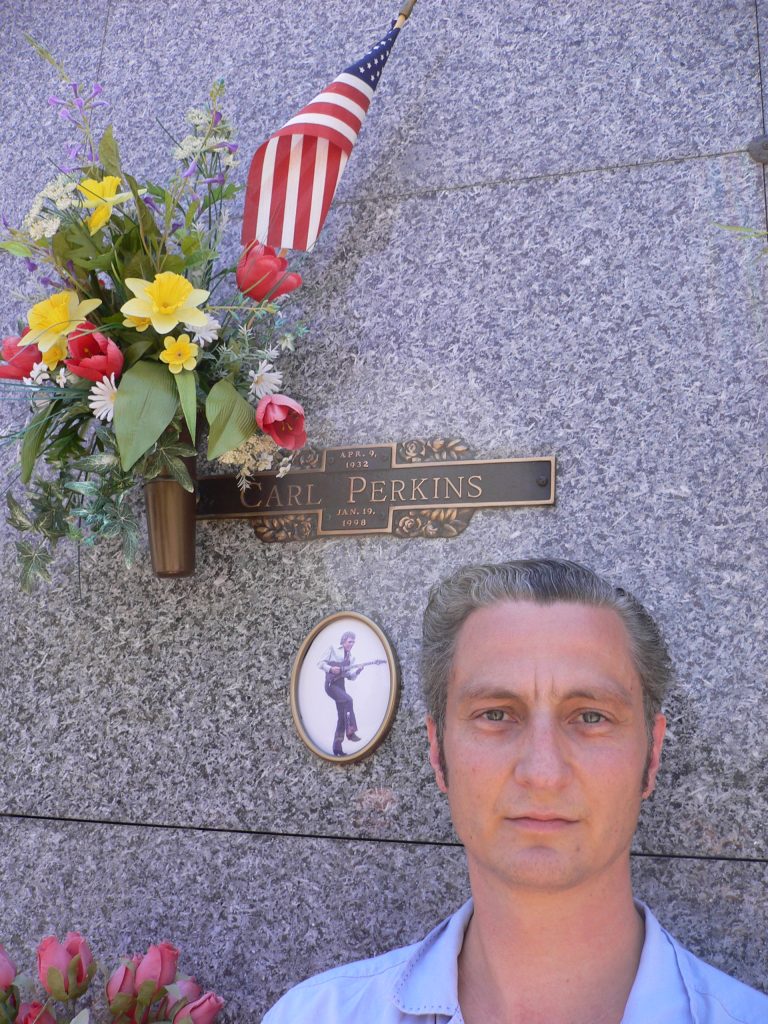